The Grid: Biography of an American Technology (Paperback) 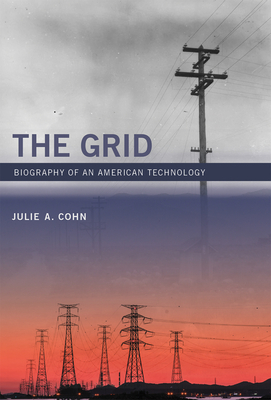 The Grid: Biography of an American Technology (Paperback)

By Julie A. Cohn


Special Order—Subject to Availability
The history of the grid, the world's largest interconnected power machine that is North America's electricity infrastructure.

The North American power grid has been called the world's largest machine. The grid connects nearly every living soul on the continent; Americans rely utterly on the miracle of electrification. In this book, Julie Cohn tells the history of the grid, from early linkages in the 1890s through the grid's maturity as a networked infrastructure in the 1980s. She focuses on the strategies and technologies used to control power on the grid—in fact made up of four major networks of interconnected power systems—paying particular attention to the work of engineers and system operators who handled the everyday operations. To do so, she consulted sources that range from the pages of historical trade journals to corporate archives to the papers of her father, Nathan Cohn, who worked in the industry from 1927 to 1989—roughly the period of key power control innovations across North America.

Cohn investigates major challenges and major breakthroughs but also the hidden aspects of our electricity infrastructure, both technical and human. She describes the origins of the grid and the growth of interconnection; emerging control issues, including difficulties in matching generation and demand on linked systems; collaboration and competition against the backdrop of economic depression and government infrastructure investment; the effects of World War II on electrification; postwar plans for a coast-to-coast grid; the northeast blackout of 1965 and the East-West closure of 1967; and renewed efforts at achieving stability and reliability after those two events.

Julie A. Cohn is Research Historian at the Center for Public History at the University of Houston.
The argument has much to offer a variety of fields including the history of science and technology, the history of electricity, the history of energy, and environmental history. Furthermore, its implications are relevant and important for consideration alongside contemporary energy policy discussions.—Environmental History—