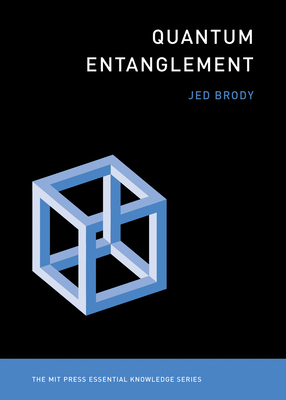 
Not On Our Shelves—Ships in 1-5 Days
An exploration of quantum entanglement and the ways in which it contradicts our everyday assumptions about the ultimate nature of reality.

Quantum physics is notable for its brazen defiance of common sense. (Think of Schrödinger's Cat, famously both dead and alive.) An especially rigorous form of quantum contradiction occurs in experiments with entangled particles. Our common assumption is that objects have properties whether or not anyone is observing them, and the measurement of one can't affect the other. Quantum entanglement—called by Einstein “spooky action at a distance”—rejects this assumption, offering impeccable reasoning and irrefutable evidence of the opposite. Is quantum entanglement mystical, or just mystifying? In this volume in the MIT Press Essential Knowledge series, Jed Brody equips readers to decide for themselves. He explains how our commonsense assumptions impose constraints—from which entangled particles break free.

Brody explores such concepts as local realism, Bell's inequality, polarization, time dilation, and special relativity. He introduces readers to imaginary physicists Alice and Bob and their photon analyses; points out that it's easier to reject falsehood than establish the truth; and reports that some physicists explain entanglement by arguing that we live in a cross-section of a higher-dimensional reality. He examines a variety of viewpoints held by physicists, including quantum decoherence, Niels Bohr's Copenhagen interpretation, genuine fortuitousness, and QBism. This relatively recent interpretation, an abbreviation of “quantum Bayesianism,” holds that there's no such thing as an absolutely accurate, objective probability “out there,” that quantum mechanical probabilities are subjective judgments, and there's no “action at a distance,” spooky or otherwise.

Jed Brody is Senior Lecturer in Physics at Emory University, where he has taught an interdisciplinary course on quantum entanglement.