Interpreting Dante: Essays on the Traditions of Dante Commentary (Paperback) 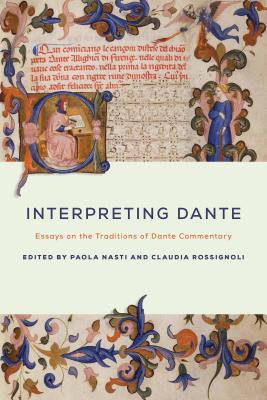 Interpreting Dante: Essays on the Traditions of Dante Commentary (Paperback)

In Interpreting Dante: Essays on the Traditions of Dante Commentary, Paola Nasti and Claudia Rossignoli gather essays by prominent scholars of the Dante commentary tradition to discuss the significance of this tradition for the study of the Comedy, its broad impact on the history of ideas, and its contribution to the development of literary criticism.

Interest in the Dante commentary tradition has grown considerably in recent years, but projects on this subject tend to focus on philological reconstructions. The contributors shift attention to the interpretation of texts, authors, and reading communities by examining how Dante commentators developed interpretative paradigms that contributed to the advancement of literary criticism and the creation of the Western literary canon. Dante commentaries illustrate the evolution of notions of "literariness" and literature, genre and style, intertextuality and influence, literary histories, traditions and canons, authorship and readerships, paratexts and textual materiality. The volume includes methodological essays exploring theoretical aspects of the tradition, such as the creation of a taxonomy for categorizing typologies of commentaries; the relationship between commentators and their contemporary readers; the interplay between written and visual commentaries; and the impact of patronage on the forms of exegesis. Other essays, including two in Italian, examine case studies of individual commentaries, giving an account of the modus operandi of Dante's exegetes by relating their approaches to the cultural, ideological, and political agendas of the community of readers and scholars to which the commentators belonged.

Claudia Rossignoli is lecturer in Italian at the University of St. Andrews.