Freedom from Reality: The Diabolical Character of Modern Liberty (Catholic Ideas for a Secular World) (Paperback) 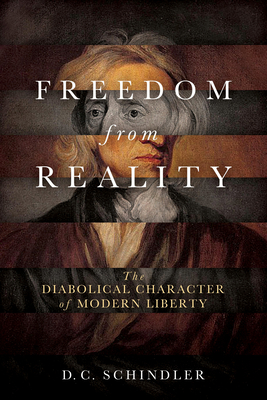 Freedom from Reality: The Diabolical Character of Modern Liberty (Catholic Ideas for a Secular World) (Paperback)

It is commonly observed that behind many of the political and cultural issues that we face today there are impoverished conceptions of freedom, which, according to D. C. Schindler, we have inherited from the classical liberal tradition without a sufficient awareness of its implications. Freedom from Reality presents a critique of the deceptive and ultimately self-subverting character of the modern notion of freedom, retrieving an alternative view through a new interpretation of the ancient tradition. While many have critiqued the inadequacy of identifying freedom with arbitrary choice, this book seeks to penetrate to the metaphysical roots of the modern conception by going back, through an etymological study, to the original sense of freedom.

Schindler begins by uncovering a contradiction in John Locke's seminal account of human freedom. Rather than dismissing it as a mere "academic" problem, Schindler takes this contradiction as a key to understanding the strange paradoxes that abound in the contemporary values and institutions founded on the modern notion of liberty: the very mechanisms that intend to protect modern freedom render it empty and ineffectual. In this respect, modern liberty is "diabolical"--a word that means, at its roots, that which "drives apart" and so subverts. This is contrasted with the "symbolical" (a "joining-together"), which, he suggests, most basically characterizes the premodern sense of reality. This book will appeal to students and scholars of political philosophy (especially political theorists), philosophers in the continental or historical traditions, and cultural critics with a philosophical bent.

D. C. Schindler is professor of metaphysics and anthropology at the John Paul II Institute, Washington, DC. He is the author of a number of books, including The Catholicity of Reason.