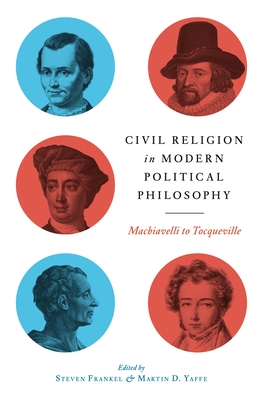 Inspired by Machiavelli, modern philosophers held that the tension between the goals of biblical piety and the goals of political life needed to be resolved in favor of the political, and they attempted to recast and delimit traditional Christian teaching to serve and stabilize political life accordingly. This volume examines the arguments of those thinkers who worked to remake Christianity into a civil religion in the early modern and modern periods.

Beginning with Machiavelli and continuing through to Alexis de Tocqueville, the essays in this collection explain in detail the ways in which these philosophers used religious and secular writing to build a civil religion in the West. Early chapters examine topics such as Machiavelli's comparisons of Christianity with Roman religion, Francis Bacon's cherry-picking of Christian doctrines in the service of scientific innovation, and Spinoza's attempt to replace long-held superstitions with newer, "progressive" ones. Other essays probe the scripture-based, anti-Christian argument that religion must be subordinate to politics espoused by Jean-Jacques Rousseau and David Hume, both of whom championed reason over divine authority. Crucially, the book also includes a study of civil religion in America, with chapters on John Locke, Montesquieu, and the American Founders illuminating the relationships among religious and civil history, acts, and authority. The last chapter is an examination of Tocqueville's account of civil religion and the American regime.

Detailed, thought-provoking, and based on the careful study of original texts, this survey of religion and politics in the West will appeal to scholars in the history of political philosophy, political theory, and American political thought.