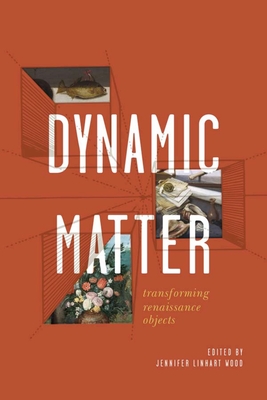 Dynamic Matter investigates the life histories of Renaissance objects. Eschewing the critical tendency to study how objects relate to human needs and desires, this work foregrounds the objects themselves, demonstrating their potential to transform their environments as they travel across time and space.

Integrating early modern material theories with recent critical approaches in Actor-Network Theory and object-oriented ontology, this volume extends Aristotle's theory of dynameos--which conceptualizes matter as potentiality--and applies it to objects featured in early modern texts such as Edmund Spenser's The Faerie Queene, Robert Hooke's Micrographia, and William Shakespeare's The Tempest. Individual chapters explore the dynameos of matter by examining its manifestations in particular forms: combs are inscribed with words and brushed through human hair; feathers are incorporated into garments and artwork; Prince Rupert's glasswork drops explode; a whale becomes animated by the power of a magical bracelet; and books are drowned. These case studies highlight the potentiality matter itself possesses and that which it activates in other matter.

A theorization of objects grounded in Renaissance materialist thought, Dynamic Matter examines the richness of things themselves; the larger, multiple, and changing networks in which things circulate; and the networks created by these transformative objects.

Jennifer Linhart Wood teaches at George Mason University and serves on the editorial team for Shakespeare Quarterly at the Folger Shakespeare Library.She is the author of Sounding Otherness in Early Modern Drama and Travel: Uncanny Vibrations in the English Archive, winner of the 2021 Medieval and Renaissance Drama Society's David Bevington Award for Best New Book in Early Drama Studies.