Rape Culture and Female Resistance in Late Medieval Literature: With an Edition of Middle English and Middle Scots Pastourelles (Hardcover) 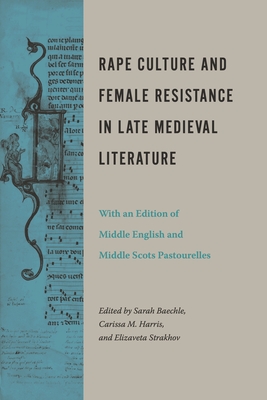 Rape Culture and Female Resistance in Late Medieval Literature: With an Edition of Middle English and Middle Scots Pastourelles (Hardcover)

Centering on the difficult and important subject of medieval rape culture, this book brings Middle English and Scots texts into conversation with contemporary discourses on sexual assault and the #MeToo movement. The book explores the topic in the late medieval lyric genre known as the pastourelle and in related literary works, including chivalric romance, devotional lyric, saints' lives, and the works of major authors such as Margery Kempe and William Dunbar. By engaging issues that are important to feminist activism today--the gray areas of sexual consent, the enduring myth of false rape allegations, and the emancipatory potential of writing about survival--this volume demonstrates how the radical terms of the pastourelle might reshape our own thinking about consent, agency, and survivors' speech and help uncover cultural scripts for talking about sexual violence today.

In addition to embodying the possibilities of medievalist feminist criticism after #MeToo, Rape Culture and Female Resistance in Late Medieval Literature includes an edition of sixteen Middle English and Middle Scots pastourelles. The poems are presented in a critical framework specifically tailored to the undergraduate classroom.