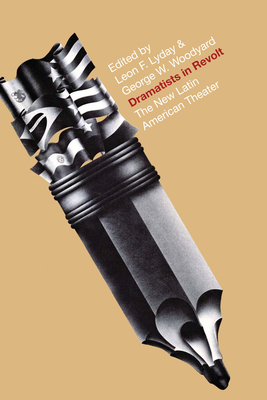 
Not On Our Shelves—Ships in 1-5 Days
Dramatists in Revolt, through studies of the major playwrights, explores significant movements in Latin American theater. Playwrights discussed are those who have made outstanding contributions to Latin American theater during the post–World War II period and who have been particularly sensitive to world currents in literature and drama, while being acutely responsive to the problems of their own areas. They express concern about communication, isolation, and solitude. On a more basic level, they concern themselves with the political and socioeconomic problems that figure importantly in the Third World. The fifteen essays deal with the playwrights Antón Arrufat and José Triana (Cuba); Emilio Carballido and Luisa Josefina Hernández (Mexico); Agustín Cuzzani, Osvaldo Dragún, Griselda Gambaro, and Carlos Gorostiza (Argentina); Jorge Díaz, Egon Wolff, and Luis Alberto Heiremans (Chile); René Marqués (Puerto Rico); and Jorge Andrade, Alfredo Dias Gomes, and Plínio Marcos (Brazil). These are dramatists in revolt, sometimes in a thematic sense, not only in protesting the indignities that various systems impose on modern man, but also in a dramatic configuration. They dare to experiment with techniques in the constant search for viable theatrical forms. Each essay is written by a specialist familiar with the works of the playwright under consideration. In addition to the essays, the book includes a listing of source materials on Latin American theater.
Leon F. Lyday is Professor Emeritus of Spanish at Pennsylvania State University.George W. Woodyard (1934–2010) was Professor of Spanish at the University of Kansas.