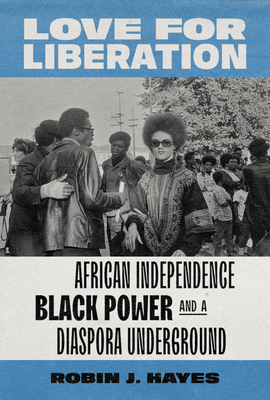 During the height of the Cold War, passionate idealists across the US and Africa came together to fight for Black self-determination and the antiracist remaking of society. Beginning with the 1957 Ghanaian independence celebration, the optimism and challenges of African independence leaders were publicized to African Americans through community-based newspapers and Historically Black Colleges and Universities. Inspired by African independence--and frustrated with the slow pace of civil rights reforms in the US--a new generation of Black Power activists embarked on nonviolent direct action campaigns and built alternative institutions designed as spaces of freedom from racial subjugation.

Robin J. Hayes, PhD, is a contributor to the Atlantic, writer and director of the award-winning documentary Black and Cuba, and creative director of Progressive Pupil.