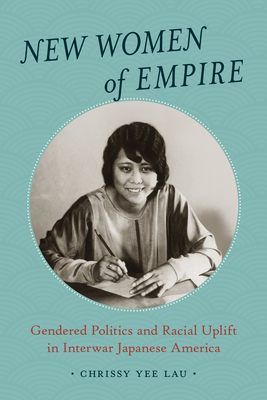 Strong, bold, and vivacious--Japanese American young women were leaders and heroines of the Roaring Twenties. Controversial to the male immigrant elite for their rebellion against gender norms, these women made indelible changes in the community, including expanding sexual freedoms, redefining women's roles in public and private spheres, and furthering racial justice work. Young men also reconceptualized their ideas of manliness to focus on intellectualism and athleticism, as racist laws precluded many from expressing masculinity through land ownership or citizenry.

New Women of Empire centers the compelling life histories of five young women and men in Los Angeles to illuminate how they negotiated overlapping imperialisms through new gender roles. With extensive youth networks and the largest Japanese population in the United States, Los Angeles was a critical site of transnational relations, and in the 1920s and '30s Japanese American youth became politicized through active participation in Christian civic organizations. By racially uplifting their peers through youth clubs, athletics, and cultural ambassadorship, these young leaders reshaped Japanese and US imperialisms and provided the groundwork for future expressions of model minority respectability and Japanese American feminisms.