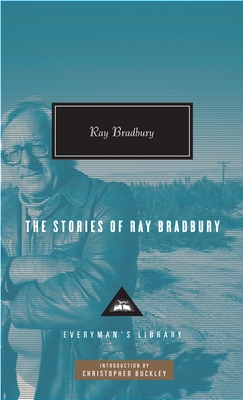 
Special Order—Subject to Availability
One hundred of Ray Bradbury’s remarkable stories which have, together with his classic novels, earned him an immense international audience and his place among the most imaginative and enduring writers of our time.

Here are the Martian stories, tales that vividly animate the red planet, with its brittle cities and double-mooned sky. Here are the stories that speak of a special nostalgia for Green Town, Illinois, the perfect setting for a seemingly cloudless childhood—except for the unknown terror lurking in the ravine. Here are the Irish stories and the Mexican stories, linked across their separate geographies by Bradbury’s astonishing inventiveness. Here, too, are thrilling, terrifying stories—including “The Veldt” and “The Fog Horn”—perfect for reading under the covers.

Read for the first time, these stories become as unshakable as one’s own fantasies. Read again—and again—they reveal new, dazzling facets of the extraordinary art of Ray Bradbury.
Ray Bradbury has published more than five hundred works, including The Martian Chronicles, The Illustrated Man, Fahrenheit 451, and Something Wicked This Way Comes. He was awarded the National Medal of Arts in 2004, and the National Book Foundation’s Medal for Distinguished Contribution to American Letters in 2000. He lives in Los Angeles.

Christopher Buckley is the author of fourteen books, including Losing Mum and Pup: A Memoir. He is editor-at-large of ForbesLife Magazine.
“The truth is, reading the vast new Everyman’s Library edition of The Stories of Ray Bradbury, culling through its perfectly round 100 selections (and 1,000-plus pages), stopping to wonder why it has taken 30 years for this classic collection to join the hardcover literary canon, a thought slips in repeatedly: Stephen King was thinking way too small. [“Without Ray Bradbury, there would be no Stephen King.” —Stephen King]. Without Ray Bradbury, there wouldn’t be American pop culture.
He is the Shakespeare of American geek culture, which, in effect, is American pop culture. The Waukegan-born writer is a popularizer of ideas so frequently plundered, subjects so unusual yet routinely picked at, reading The Stories of Ray Bradbury becomes a crash course in not just genre but what its modern voice sounds like.”
—Christopher Borrelli, Chicago Tribune