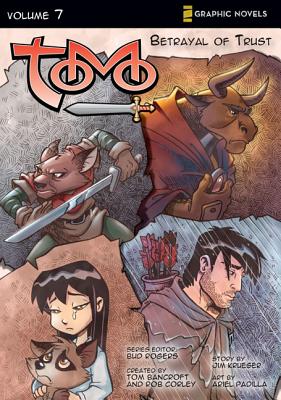 Hana would be like any other thirteen-year-old immigrant trying to fit into life at an American school, but she also battles hostile, animal-like warriors from the dimension of Argon Falls. In discovering secrets about her identity and her past, Hana bravely faces her enemies and realizes her divinely-given purpose. SWORDS CLASH, BATTLE ERUPTS, AND A FRIEND GOES DOWN Hana and Tomo return to Argon Falls only to find an impenetrable dungeon holds their friends captive. But Ardath - now clad in the Armor of the Ancients - has doubts that give hope he may turn and join the fight against evil. Time runs short for the citizens of Argon Falls as the intrigue of spies and the violence of battle threaten to separate Hana from her friends - forever

Bud Rogers is a cartoonist and editor and has been very active in the Christian comics community for the past fifteen years. Bud uses his organizational and management skills to assist artists and writers in realizing their creative visions.