You Got to Be Original, Man!: The Music of Lester Young (Discographies #33) (Hardcover) 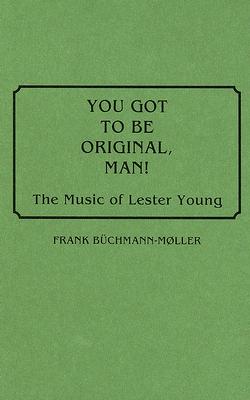 You Got to Be Original, Man!: The Music of Lester Young (Discographies #33) (Hardcover)

Lester Young, the legendary tenor sax player known as Pres, created earth-shattering music for nearly 25 years. Now for the first time, the many Presophiles around the globe and kindred jazz aficionados will have access to a complete guide to Young's recorded legacy in this exhaustive discography. This companion volume to Buchmann-Moller's You Just Fight for Your Life, the longest and most accurate biography of Young's life to date, details 251 recording sessions. Listed chronologically, each session has its own introduction that contains title, personnel, date and place of recording, record label, discographical information with matrix numbers, the number of the newest or most complete release of the actual session, and, where applicable, whether recording is from concert, radio, or TV. The solography lists every solo played by Young, published or unpublished, and contains some newly discovered items including critical assessments of the solos, in many cases illustrated by the author's own transcriptions of the improvisations. Each solo analysis contains song title, form, and the number of takes followed by a listing of the personnel and individual soloists. Included here are notations for over 80 great Young solos and excerpts for many more written for a B flat instrument so that musicians can play along with their Lester Young recordings. Access to musicians and song titles is facilitated by a song index and a name index that keys items to the numbered sessions, and an index of the transcribed solos refer to the page(s) where the solos are to be found.

Musicians, fans, students, and scholars of music and jazz, as well as the general reader with an interest in jazz will find You Got to be Original, Man with its complete solography and companion biography, You Just Fight for Your Life to be the most comprehensive introduction of the man and his music available.

FRANK BUCHMANN- MOLLER, who is a Librarian at the Odense University Library in Denmark, has played jazz since the age of 15. A saxophonist, he appears regularly with a quartet and other groups at jazz clubs and in concert. An album of his compositions and arrangements was issued in 1975.