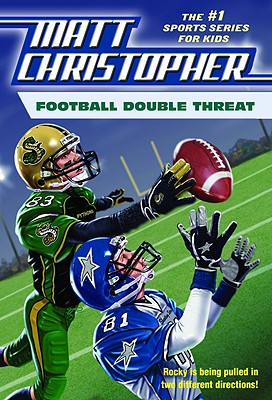 Rocky Fletcher is being stretched to his limit. Until recently, he'd only played wide receiver for the Pythons. Now his coaches want him to learn the safety position, too-a position that opened up when Bobby, Rocky's best friend, broke his leg. Even though he believes he is to blame for Bobby's injury, Rocky eagerly takes on the challenge of becoming a two-way player. After all, the only other player available is Jared, a sullen boy who switched from soccer to football this season. Yet as time goes on, it's Jared who excels at the position because, thanks to Bobby, Rocky keeps missing practices! What's going on between Rocky and Bobby-and why is Jared on the team when he clearly dislikes football so much? Football Double Threat combines the action and excitement of football with relatable issues about envy, loyalty, and friendship.
Matt Christopher is the best selling name behind more than 100 sports-themed books for young readers.