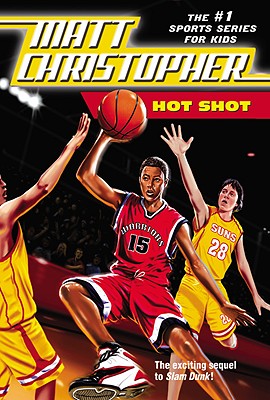 The exciting sequel to Slam Dunk! Julian Pryce was once the star center of the Tornadoes. But when he joins a new team after his family moves, he suddenly finds himself the star benchwarmer. It turns out the Warriors already have a starting center, Paul Boyd, who has no intention of sharing the court with Julian. The coach is no help, either, for one simple reason: Paul is his son! Now Julian may have to take drastic measures if he's going to get back into the game. . . but is he to blame when Paul winds up in the hospital?
Matt Christopher is the best selling name behind more than 100 sports-themed books for young readers.