Look Who's Playing First Base (Paperback) 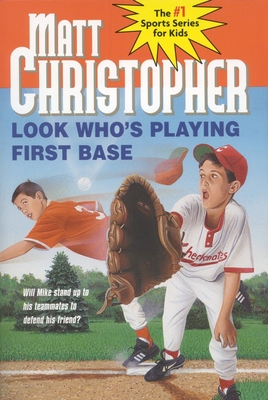 Look Who's Playing First Base (Paperback)

This is book number 11 in the Matt Christopher Sports Classics series.

LOOK WHO'S PLAYING FIRST BASE Will Mike stand up to his teammates to defend his friend? When the Checkmates need a new first baseman, Mike Hagin's new friend, Yuri, seems like a logical choice. But when Yuri starts flubbing plays and the team's star player threatens to quit as a result, Mike is not sure Yuri is such a good choice after all-for a teammate or for a friend. It appears as if Mike will have to choose between his friendship with Yuri and his loyalty to the team-or is there another solution?
Matt Christopher is the best selling name behind more than 100 sports-themed books for young readers.