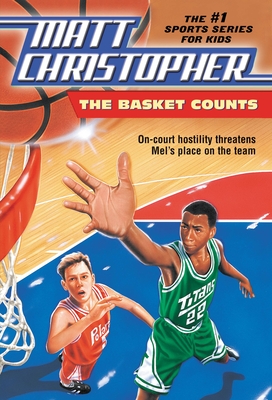 This is book number 41 in the Matt Christopher Sports Classics series.

On-court hostility threatens Mel's place on the team Mel Jensen is new to the Titans basketball team, but he knows he could be a vital part of the starting lineup-if only two other players would give him a chance to show his stuff. But Caskie and Stoney seem bent on ignoring him, and Mel knows it's because he's black. Should Mel fight fire with fire, or should he try to get along, if only for the sake of the team?
Matt Christopher is the best selling name behind more than 100 sports-themed books for young readers.