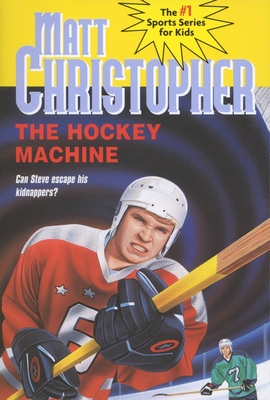 This is book number 32 in the Matt Christopher Sports Classics series.

THE HOCKEY MACHINE Can Steve escape his kidnappers? After leading his hockey team to victory one afternoon, Steve Crandall accepts a ride home in the limousine of an avid fan his own age. Steve is surprised to learn that his fan is a multimillionaire and boy genius, but even more startling is the rich kid's proposal that Steve play center on his professional junior hockey team. Before Steve can respond or even consult his parents, he is flown to the team headquarters-where he soon discovers he's the multimillionaire's prisoner!
Matt Christopher is the best selling name behind more than 100 sports-themed books for young readers.