Challenge at Second Base (Paperback) 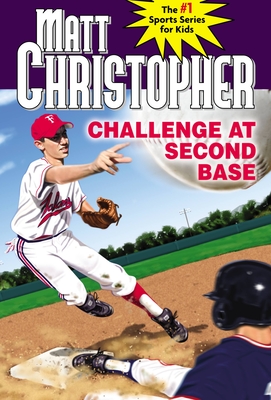 Challenge at Second Base (Paperback)

This is book number 5 in the Matt Christopher Sports Classics series.

CHALLENGE AT SECOND BASE Stan Martin's chances of playing second base seem next to zero at the start of the season. His rival for the position, Gary Newman, looks tough to beat. Stan loves baseball-maybe even more than his brother, Phil, who played pro ball until quitting suddenly the year before-but after experiencing a few setbacks, Stan is tempted to quit too. Then Stan receives a mysterious note telling him to stick it out-and soon Stan finds himself face-to-face with the challenge at second base.
Matt Christopher is the best selling name behind more than 100 sports-themed books for young readers.