Soccer Scoop: Who's making a fool of Mac? (Paperback) 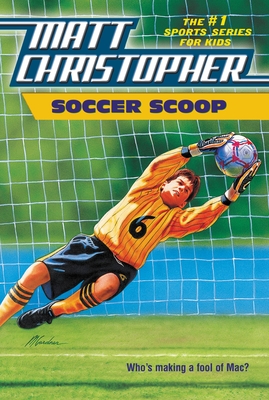 Soccer Scoop: Who's making a fool of Mac? (Paperback)

By Matt Christopher, The #1 Sports Writer for Kids (Illustrator)

This is book number 57 in the Matt Christopher Sports Classics series.

Mac Williams, goalie for the Cougars, is known as much for his upbeat game chatter as for his outstanding saves. But when an anonymous artist starts making fun of him with a weekly cartoon, Mac is anything but upbeat. To make matters worse, he suspects that somebody close to him is the cartoonist. Would one of his friends really betray him-or is there someone else who wants to make him look ridiculous?
Matt Christopher is the best selling name behind more than 100 sports-themed books for young readers.