Confessions of a Murder Suspect (Paperback) 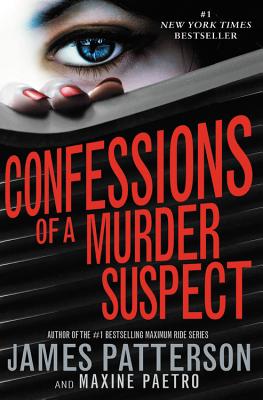 Confessions of a Murder Suspect (Paperback)

This is book number 1 in the Confessions series.

James Patterson returns to the genre that made him famous with a #1 New York Times bestselling teen detective novel about the mysterious Angel family . . . and the dark secrets they're keeping from one another.
On the night Malcolm and Maud Angel are murdered, Tandy Angel knows just three things: 1) She was the last person to see her parents alive. 2) The police have no suspects besides Tandy and her three siblings. 3) She can't trust anyone-maybe not even herself.
As Tandy sets out to clear the family name, she begins to recall flashes of experiences long buried in her vulnerable psyche. These memories shed light on her family's dark secrets, and digging deeper into her powerful parents' affairs proves to be a disturbing and dangerous game. Who knows what any of the Angels are truly capable of?
For his prodigious imagination and championship of literacy in America, James Patterson was awarded the 2019 National Humanities Medal, and he has also received the Literarian Award for Outstanding Service to the American Literary Community from the National Book Foundation. He holds the Guinness World Record for the most #1 New York Times bestsellers, including Confessions of a Murder Suspect and the Maximum Ride and Witch & Wizard series, and his books have sold more than 400 million copies worldwide.

A tireless champion of the power of books and reading, Patterson created a children’s book imprint, JIMMY Patterson, whose mission is simple: “We want every kid who finishes a JIMMY Book to say, ‘PLEASE GIVE ME ANOTHER BOOK.’” He has donated more than three million books to students and soldiers and funds over four hundred Teacher and Writer Education Scholarships at twenty-one colleges and universities. He also supports forty thousand school libraries and has donated millions of dollars to independent bookstores. Patterson invests proceeds from the sales of JIMMY Patterson Books in pro-reading initiatives.

"The complex, clever plot keeps the pages turning as it wends its way to a surprising resolution and several cliffhangers."—CommonSenseMedia.org