While We Run (Hardcover) 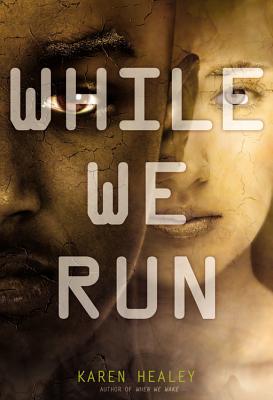 While We Run (Hardcover)

Abdi Taalib thought he was moving to Australia for a music scholarship. But after meeting the beautiful and brazen Tegan Oglietti, his world was turned upside down. Tegan's no ordinary girl - she died in 2027, only to be frozen and brought back to life in Abdi's time, 100 years later.

Now, all they want is for things to return to normal (or as normal as they can be), but the government has other ideas. Especially since the two just spilled the secrets behind Australia's cryonics project to the world. On the run, Abdi and Tegan have no idea who they can trust - and, when they uncover startling new details about the program, they realize that thousands of lives may be in their hands.

Karen Healey offers a suspenseful, page-turning companion to When We Wake that will keep readers on the edge of their seats and make them call into question their own ideas about morality -- and mortality, too.
Karen Healey is the author of the Aurealis winner and William C. Morris Debut Award finalist Guardian of the Dead, The Shattering, and When We Wake. She technically lives in New Zealand, but actually lives on the internet. You can find her at karenhealey.com.
Praise for While We Run:
"Compelling and gripping...it's the social justice consciousness she brings to these elements that make this title stand above most others. Her cast of characters is diverse but not tokenizing or whitewashed...the series is an excellent read for high school students."—School Library Journal

"Like its predecessor, Run succeeds simply as a sci-fi thriller; there's plenty of action (including some grisly violence), a frightening villain, and a well-imagined (and refreshingly diverse) future society. But the novel is elevated by its social commentary, emphasizing the importance of fighting for justice in a world that has little of it-even if it means making difficult political and moral decisions."—The Horn Book

"The more I read of Karen Healey's work, the more impressed I become... I believe [she] may well be one of the best voices writing science fiction today."—Tor.com

"A stirring and century-spanning adventure story that vividly shows how the future is created by our mistakes, our triumphs, and our love."—Scott Westerfeld (Leviathan and Uglies)