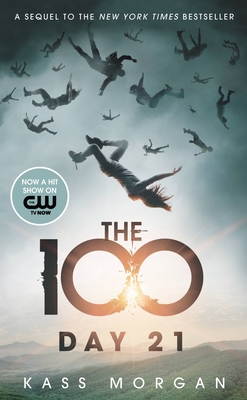 It's been 21 days since the hundred landed on Earth. They're the only humans to set foot on the planet in centuries... or so they thought. Book 2 in The 100 series, now a popular show on the CW network. Facing an unknown enemy, Wells attempts to keep the group together. Clarke strikes out for Mount Weather, in search of other colonists, while Bellamy is determined to rescue his sister, no matter the cost. And back on the ship, Glass faces an unthinkable choice between the love of her life and life itself. In this pulse-pounding sequel to The 100, secrets are revealed, beliefs are challenged, and relationships are tested. And the hundred will struggle to survive the only way they can--together.
Kass Morgan is the author of The 100 series, which is now a television show on the CW. She received a bachelor's degree from Brown University and a master's degree from Oxford University. She currently works as an editor and lives in Brooklyn, New York.
"It's easy to be drawn in by the Lord of the Flies-style tension that builds as the teens struggle to set up a new society on a battered Earth, and by the smoldering romances that hang in the balance."—Publishers Weekly

"Dark and riveting...A mash-up of The Lord of the Flies, Across the Universe, and The Hunger Games."—Booklist

"A mash-up of the hit TV reality show Survivor and traditional science fiction...Morgan's weave of pop-culture elements and politics make for a gripping read."—School Library Journal

"Likely to be a hit with readers who want their Pretty Little Liars mixed with Lord of the Flies."—The Bulletin