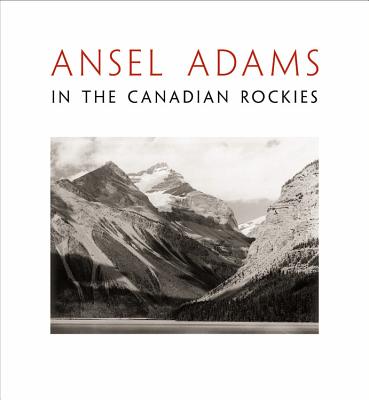 By Ansel Adams (Photographs by)


Special Order—Subject to Availability
The first book of Ansel Adams's early photographs of the Canadian Rockies.

"These mountains are breathtaking - utterly different than anything we have seen. The peaks and forest and 'tone' fulfill almost every ideal I have had of what 'my' mountains could be. . . These are the great mountains we dream about." -- Ansel Adams to his wife Virginia, 1928

The Sierra Club's twenty-seventh annual outing or "High Trip" was Ansel Adams's first as official photographer. It was during this expedition to the Canadian Rockies in 1928 that Ansel began to find his voice as a photographer. In Ansel Adams in the Canadian Rockies, we discover images of celebrated natural sites including Mount Robson, Amethyst Lake, Drawbridge Peak, and Bennington Glacier that foreshadow the majestic mountain vistas for which Adams would become renowned.

A fine chronicle of one of Ansel Adams's earliest major photographic expeditions, and the only one he ever made outside of the United States, this book also serves as a record of Ansel's emerging style during these crucial years in his artistic development.
Ansel Adams (1902 - 1984) was the most honored American photographer of the twentieth century. Through the exhibition and publication of his work, his writings, and his leadership in the Sierra Club, Adams was also a prescient and highly effective voice in the fight to preserve America's remaining wilderness.

Peter Galassi was a curator in the Department of Photography at The Museum of Modern Art, New York, for thirty years, including twenty as Chief Curator, from 1991 to 2011. He organized or co-organized more than forty exhibitions and countless collection displays at MoMA, many of which were accompanied by major publications. He was twice a fellow in the Department of European Paintings at The Metropolitan Museum of Art, and has won the Eric Mitchell Prize and the International Center of Photography award for excellence in writing. In 2012 he was awarded a Guggenheim Fellowship for a study of photography's vernacular and modernist traditions.