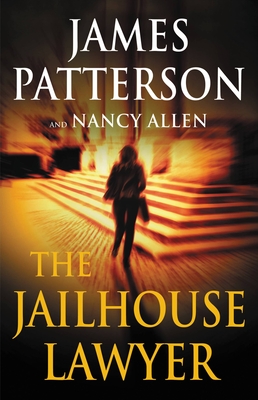 
In Stock—Click for Locations
From James Patterson, the world's #1 bestselling author: a young lawyer takes on the judge who is destroying her hometown—and ends up in jail herself.

In picture-perfect Erva, Alabama, the most serious crimes are misdemeanors. Speeding tickets. Shoplifting. Contempt of court.

Then why is the jail so crowded? And why are so few prisoners released? There’s only one place to learn the truth behind these incriminating secrets.

Sometimes the best education a lawyer can get is a short stretch of hard time.


James Patterson is the world’s bestselling author. The creator of Alex Cross, he has produced more enduring fictional heroes than any other novelist alive. He lives in Florida with his family.

Nancy Allen practiced law for fifteen years in her native Ozarks and served as a law instructor at Missouri State University for sixteen years. She is also the author of the Ozarks Mystery series.

“I couldn’t put down The Jailhouse Lawyer, a page-turning legal thriller that exposes a headline-making crisis in the American courts: the new debtors’ prisons, where an inability to pay court costs sentences poor people to jail, with devastating consequences.” —Pulitzer Prize winning columnist Tony Messenger, author of Profit and Punishment: How America Criminalizes the Poor in the Name of Justice