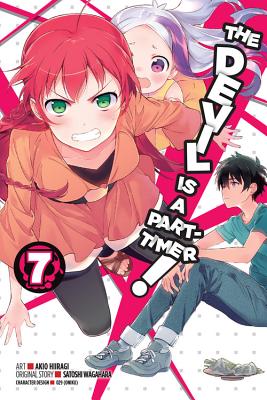 This is book number 7 in the The Devil Is a Part-Timer! Manga series.

Maou (the Devil King) has a suspicion about the mysterious child Alas Ramus, a wee lass who he and Emi (the Hero) have wound up parenting. During a supremely awkward "family outing" to the amusement park, Emi gets Maou to tell her the truth about their little girl. But when a chorus of angels shows up to settle an old score, Maou's revelation may not matter!
Akio Hiiragi is the artist behind the manga adaptation of the hilarious fantasy light novel series, The Devil is a Part-Timer!