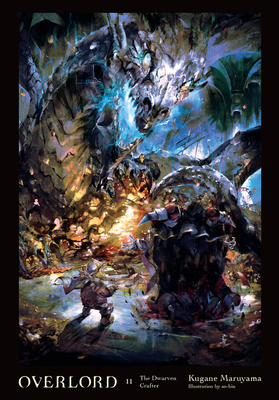 This is book number 11 in the Overlord series.

The world is all yours.
In search of lost rune technology, Ainz heads for the dwarf country with Aura and Shalltear in tow. On his arrival, instead of a welcoming party, he's greeted by an army of creatures known as the kuagoa, poised to lay waste to a dwarven city. In his quest to obtain the secrets of the runes and even the rune crafters themselves, Ainz may find himself facing not only these strange subterranean creatures, but also the most powerful race that calls the Azerlisia Mountains home-frost dragons!
Kugane Maruyama is the author behind the Overlord novel series.