Cradle and All (Paperback) 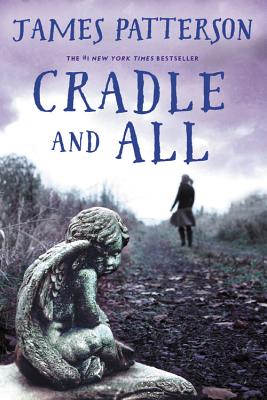 Cradle and All (Paperback)


Not On Our Shelves—Ships in 1-5 Days
Two teenage girls claim that they pregnant--and virgins. One is carrying the child of Christ... the other the son of Satan.
In Boston, seventeen-year-old Kathleen is pregnant--but she swears she's a virgin. In Ireland, another teenage girl, Colleen, discovers she is in the same impossible condition. Cities all around the world are suddenly overwhelmed by epidemics, droughts, famines, floods, and worse.
As terrifying forces of light and darkness begin to gather, Kathleen and Colleen find themselves at the center of the final battle for the very soul of humanity. Each of the girls must convince a young detective that she is the true mother of God... and that the other is carrying the devil.
The stakes couldn't be higher in this page-turning thriller. You won't be able to put it down until the final reveal: which baby is the miracle--and which the monster?

James Patterson received the Literarian Award for Outstanding Service to the American Literary Community at the 2015 National Book Awards. He holds the Guinness World Record for the most #1 New York Times bestsellers, including Confessions of a Murder Suspect and the Maximum Ride series, and his books have sold more than 350 million copies worldwide. A tireless champion of the power of books and reading, Patterson created a children's book imprint, JIMMY Patterson, whose mission is simple: We want every kid who finishes a JIMMY Book to say, "PLEASE GIVE ME ANOTHER BOOK." He has donated more than one million books to students and soldiers and funds over four hundred Teacher Education Scholarships at twenty-four colleges and universities. He has also donated millions to independent bookstores and school libraries. Patterson invests proceeds from the sales of JIMMY Patterson Books in pro-reading initiatives.
A #1 New York Times Bestseller!