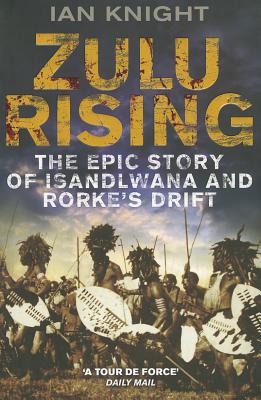 The battle of Isandlwana was the single most destructive incident in the 150-year history of the British colonization of South Africa. In one bloody day more than 800 British troops, 500 of their allies, and at least 2,000 Zulus were killed in a staggering defeat for the British empire. The consequences of the battle echoed brutally across the following decades as Britain took ruthless revenge on the Zulu people. In Zulu Rising Ian Knight shows that the brutality of the battle was the result of an inevitable clash between two aggressive warrior traditions. For the first time he gives full weight to the Zulu experience and explores the reality of the fighting through the eyes of men who took part on both sides, looking into the human heart of this savage conflict. Based on new research, including previously unpublished material, Zulu oral history, and new archaeological evidence from the battlefield, this is the definitive account of a battle that has shaped the political fortunes of the Zulu people to this day.

Ian Knight is the leading authority on the Anglo-Zulu War and has written over thirty highly regarded publications on Zulu history, including the award-winning National Army Museum Book of the Zulu War. He has appeared in and written many television documentaries on the Zulus, and in 2008 was awarded the Anglo-Zulu War Historical Society's Prince Mangosuthu Buthelezi Award for a lifetime's contribution to the field.