Rainbow in the Dark (Hardcover) 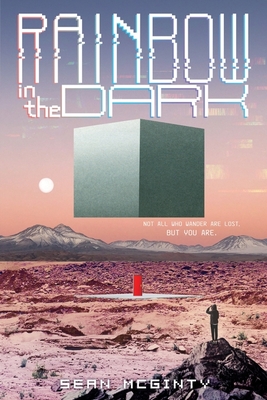 Rainbow in the Dark (Hardcover)


Not On Our Shelves—Ships in 1-5 Days
The Wizard of Oz meets Ready Player One in this darkly comic YA novel about identity, depression, giving up, and finding your way home.

High school senior Rainbow is trapped with three other teens in a game-like world that may or may not be real. Together, they must complete quests and gain experience in order to access their own forgotten memories, decode what has happened to them, and find a portal home.

As Rainbow’s memories slowly return, the story of a lonely teen facing senior year as the new kid in a small town emerges. Surreal, absurdist humor balances sensitively handled themes of suicide, depression, and the search for identity in an unpredictable and ultimately hopeful page-turner that's perfect for fans of Shaun David Hutchinson, Adam Silvera, and Libba Bray's Going Bovine.

Sean McGinty teaches Writing at Mount Hood Community College. He lives in Oregon with his family and his dogs. Twitter: @mcgintyface, Instagram: @mcgintyface

★ "McGinty deftly updates L. Frank Baum’s classic tale with modern-day existential angst, creating a unique world that’s terrifying in both its foreignness and its familiarity....A page-turner that handles mental health with grace." —Kirkus, STARRED review   “McGinty reflects both the absurdism and horror of living with mental illness….Sartre’s No Exit if purgatory were a video game. Hand to teens with depression, who like “Dungeons and Dragons,” or who play indie video games; all three will feel seen.” —School Library Journal —