The Vanderbeekers on the Road (Hardcover) 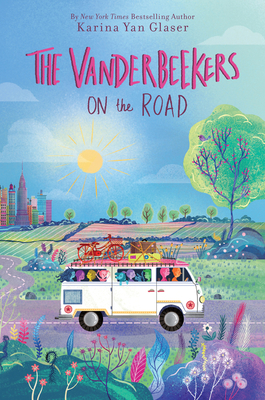 The Vanderbeekers on the Road (Hardcover)

This is book number 6 in the The Vanderbeekers series.

In this fresh adventure in the New York Times bestselling series about the beloved Vanderbeeker family, a surprise road trip turns rocky when the younger siblings try to keep their family from ever facing change.

The popular Harlem family is putting the VAN in Vanderbeekers as they hit the highway to give their dad the best birthday surprise EVER! Re-creating a road trip Papa never got the chance to take with his own father, the whole crew is packed and ready for a cross-country adventure.

Things get off to a rocky start when the car breaks down on their way to pick up Papa. But they really veer off course when Laney discovers that Jessie and Orlando are interviewing at a college once they get to California. How can they even think about leaving New York? Wouldn't that change their family? And how can she and her other siblings stop them?

Exploring themes of leaving home, embracing change, and the lessons to be learned from going to new places, The Vanderbeekers on the Road is every bit an engaging and rewarding journey.

The New York Times bestselling Vanderbeekers series is perfect for fans of the Penderwicks. As Booklist commented in a starred review: “Few families in children’s literature are as engaging or amusing as the Vanderbeekers, even in times of turmoil.”

Karina Glaser is the New York Times best-selling author of The Vanderbeekers series and A Duet for Home. A former teacher as well as employee of New York City's largest provider of transitional housing for the homeless, Karina is now a contributing editor at Book Riot. Karina lives in Harlem, New York City, with her husband, two children, and an assortment of rescue animals. One of her proudest achievements is raising two kids who can’t go anywhere without a book. Visit her at karinaglaser.com