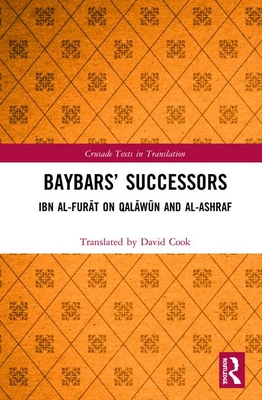 Ibn al-Furat (d. 1405) is an understudied Mamluk historian, whose materials for the period of the later Crusades is unique. While sections of his history for the period prior to 1277 have been translated, later sections have not. His text provides both an overview and a critique of earlier historians, and supplies us with a large number of unique documents, treaties, and intimate discussions that are not to be found elsewhere. This translation provides a continuous narrative from 1277 until the assassination of al-Malik al-Ashraf in 1293, with selections from Ibn al-Furat's later entries concerning the Crusades until 1365.

David Cook is professor of religion at Rice University, US. His areas of specialisation include early Islamic history and development, Muslim apocalyptic literature, radical Islam, historical astronomy, and Judeo-Arabic literature. His previous publications include 'The Book of Tribulations' The Syrian Muslim Apocalyptic Tradition: An Annotated Translation by Nu`aym b. Hammad al-Marwazi (2017).