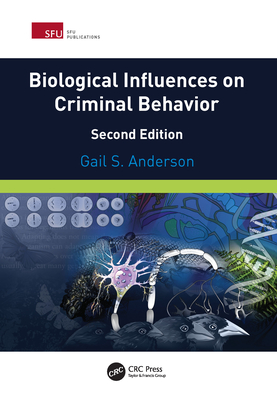 Biological Influences on Criminal Behavior, Second Edition is fully updated to include recent research, studies, and publications examining the integration of the biological view with mainstream social, psychological, and environmental views in influences in criminality and criminal behavior.

The first edition of the book was written with the belief, grounded in research, that something vital can be discovered when we assess all the factors related to the causes of crime, including biology. Since the first edition published, it has become broadly accepted that biology is certainly a factor in criminal behavior, albeit a singular piece to the puzzle.

Increased collaborations between scientists and criminologists has led to a much stronger understanding of the intricacies of biology's role in behavior. As well, more criminologists have biological backgrounds. As the science involved became more complex, so too did this text.

This second edition considers the more recent and integrated research that is being conducted today to show the interaction between the environment and a person's biology that lead to our behavior. It has even been shown that the environment acts on, and actually changes the functions, of some genes. The book begins with basic scientific principles and advances to introduce the reader to the more in-depth discussions of various biological influencers.

Biological Influences on Criminal Behavior, Second Edition is written primarily for social science and law students who wish to understand this exciting area. The book offers a greater understanding of this rapidly growing field so that its lessons can help to inform policy, treatments, rehabilitation and the law.

Gail S. Anderson earned a B.Sc. (Honors) in zoology from Manchester University, England; her Masters of Pest Management and Ph.D. from Simon Fraser University in medical and veterinary entomology. Her specialty is forensic entomology, the use of insects in death investigations. Dr. Anderson is one of only three board-certified forensic entomologists in Canada. She is a Professor in the School of Criminology at Simon Fraser University, holds a Burnaby Mountain Endowed Professorship, and is also Undergraduate Director, Co-Director of the Centre for Forensic Research and a forensic consultant to the RCMP and city police across Canada. Her work has been featured on many television programs, including Journeys -- Grave Testimony and Forbidden Places -- Silent Witness shown on Discovery Channel, Planet Education, The Nature of Things -- Postmortem Dark Waters of Crime Under the Sea and Weird or What? shown on Discovery Channel, History Channel, Knowledge Network and CBC. She was a recipient of Canada's Top 40 under 40 Award in 1999, received a YWCA Women of Distinction Award for Science and Technology in 1999, and the Simon Fraser University Alumni Association Outstanding Alumni Award for Academic Achievement in 1995. She was listed in TIME magazine as one of the top five innovators in the world, this century, in the field of Criminal Justice in 2001 and received the Derome Award from the Canadian Society of Forensic Sciences. In 2014 she received the Dean's Medal for Academic Excellence and in 2015 was listed as one of the six most influential scientists in British Columbia. She recently received the American Academy of Forensic Sciences Pathology and Biology Section Award for Achievement in the Life Sciences.