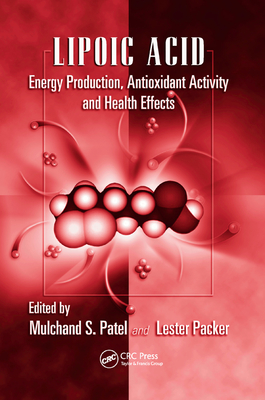 The recognition of oxidative stress as a major factor in health, aging, and disease has led to a surge in research aimed at uncovering effective countermeasures in the form of antioxidants. Unique in its two-fold protective function, alpha-lipoic acid has drawn unprecedented interest as a coenzyme in mitochondrial energy metabolism and as an antioxidant and cell redox modulator. Mounting data regarding its potential health benefits demands an authoritative, single-source reference to codify current knowledge and guide future research.

A state-of-the-science compilation, Lipoic Acid follows the history of this potent coenzyme and the latest discoveries regarding the chemistry, biological action, and significance in energy production, antioxidant activity, and health. The book is divided into three sections:

- Section I: Discovery and Molecular Structure reviews the early studies leading to the discovery of alpha-lipoic acid and explains the molecular structure, biosynthesis, and the characterization of lipoic acid and its chemical derivatives.

- Section III Clinical Aspects discusses enzyme deficiency disorders and the effects of lipoic acid on insulin. It defines lipoic acid influence on signaling pathways and AMP-activated kinase, and considers the therapeutic implications for treatment of metabolic syndromes and the improvement of mitochondrial function by lipoic acid supplementation.

Contributions from leading in