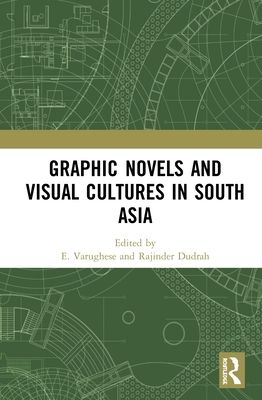 Through its inclusion of articles, visual essays and in-conversation pieces, this collection offers insight into the ways in which this narrative is unfolding, the kind of stories which are being told and how, in telling these stories, South Asian society is called upon to engage and crucially, to react to what we see, how and why we see it. This book was originally published as a special issue of the South Asian Popular Culture journal.

E. Dawson Varughese is an independent scholar and a Senior Fellow at Manipal Centre for Humanities, India. She publishes on Indian genre fiction in English see Genre Fiction of New India: Post-Millennial Receptions of Weird Narratives (Routledge) as well as on public wall art and Indian graphic narratives. Further information about her work can be found at beyondthepostcolonial.com and seeingnewindia.comRajinder Dudrah is Professor of Cultural Studies and Creative Industries in the School of Media, Birmingham City University, UK. He has researched and published widely across film, media and cultural studies. His books include, amongst others, Bollywood Travels: Culture, Diaspora and Border Crossings in Popular Hindi Cinema (Routledge). He is also the founding Co-Editor of the journal South Asian Popular Culture.