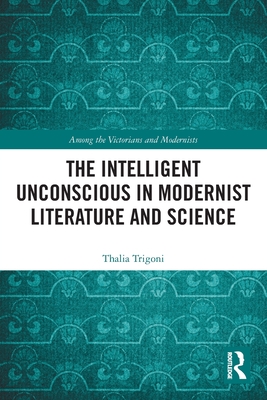 This book reassesses the philosophical, psychological and, above all, the literary representations of the unconscious in the early twentieth century. This period is distinctive in the history of responses to the unconscious because it gave rise to a line of thought according to which the unconscious is an intelligent agent able to perform judgements and formulate its own thoughts. The roots of this theory stretch back to nineteenth-century British physiologists. Despite the production of a number of studies on modernist theories of the relation of the unconscious to conscious cognition, the degree to which the notion of the intelligent unconscious influenced modernist thinkers and writers remains understudied. This study seeks to look back at modernism from beyond the Freudian model. It is striking that although we tend not to explore the importance of this way of thinking about the unconscious and its relationship to consciousness during this period, modernist writers adopted it widely. The intelligent unconscious was particularly appealing to literary authors as it is intertwined with creativity and artistic novelty through its ability to move beyond discursive logic. The book concentrates primarily on the works of D. H. Lawrence, Virginia Woolf and T.S. Eliot, authors who engaged the notion of the intelligent unconscious, reworked it and offered it for the consumption of the general populace in varied ways and for different purposes, whether aesthetic, philosophical, societal or ideological.

Thalia Trigoni is a Postdoctoral Research Fellow at the Department of English Studies, University of Cyprus. She holds a PhD in English from the University of Cambridge and an MA in American Literature from King's College, University of London. She has published on D.H. Lawrence, William James, E.S. Dallas, Salvador Dali and Thomas De Quincey in Routledge, Palgrave MacMillan, Bloomsbury, Springer and De Gruyter.