A Defence of Nihilism (Routledge Focus on Philosophy) (Paperback) 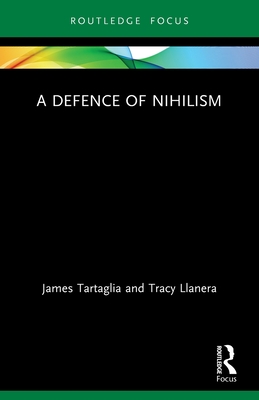 A Defence of Nihilism (Routledge Focus on Philosophy) (Paperback)

This book offers a philosophical defence of nihilism. The authors argue that the concept of nihilism has been employed pejoratively by almost all philosophers and religious leaders to indicate a widespread cultural crisis of truth, meaning, or morals. Many religious believers think atheism leads to moral chaos (because it leads to nihilism), and atheists typically insist that we can make life meaningful through our own actions (thereby avoiding nihilism). In this way, both sides conflate the cosmic sense of meaning at stake with a social sense of meaning. This book charts a third course between extremist and alarmist views of nihilism. It casts doubt on the assumption that nihilism is something to fear, or a problem which human culture should overcome by way of seeking, discovering, or making meaning. In this way, the authors believe that a revised understanding of nihilism can help remove a significant barrier of misunderstanding between religious believers and atheists. A Defence of Nihilism will be of interest to scholars and students in philosophy, religion, and other disciplines who are interested in questions surrounding the meaning of life.