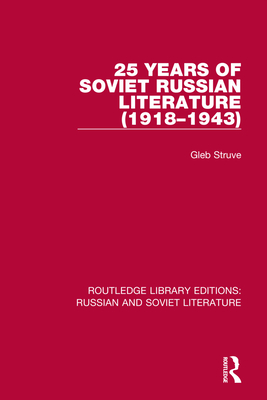 This book, first published in 1944, is a comprehensive survey of post-revolutionary Russian literature up to the early 1940s. A huge range of writers are examined, and the analysis is made in the knowledge of the sometimes considerable pressure brought by the Government on writers in Soviet Russia. Links are made by the author between the writers being assessed, as well as to the Russian writers that had come before them. As a wide-ranging analysis of Soviet literature, this book has rarely been bettered.