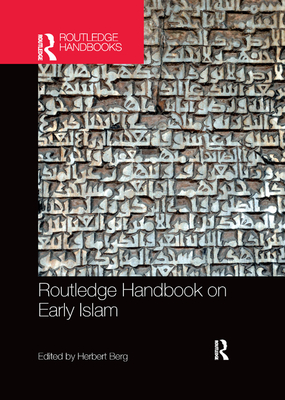 The formative period of Islam remains highly contested. From the beginning of modern scholarship on this formative period, scholars have questioned traditional Muslim accounts on early Islam. The scholarly fixation is mirrored by sectarian groups and movements within Islam, most of which trace their origins to this period. Moreover, contemporary movements from Salafists to modernists continue to point to Islam's origins to justify their positions.

This Handbook provides a definitive overview of early Islam and how this period was understood and deployed by later Muslims. It is split into four main parts, the first of which explores the debates and positions on the critical texts and figures of early Islam. The second part turns to the communities that identified their origins with the Qurʾān and Muḥammad. In addition to the development of Muslim identities and polities, of particular focus is the relationship with groups outside or movements inside of the umma (the collective community of Muslims). The third part looks beyond what happened from the 7th to the 9th centuries CE and explores what that period, the events, figures, and texts have meant for Muslims in the past and what they mean for Muslims today. Not all Muslims or scholars are willing to merely reinterpret early Islam and its sources, though; some are willing to jettison parts, or even all, of the edifice that has been constructed over almost a millennium and a half. The Handbook therefore concludes with discussions of re-imaginations and revisions of early Islam and its sources.

Almost every major debate in the study of Islam and among Muslims looks to the formative period of Islam. The wide range of contributions from many of the leading academic experts on the subject therefore means that this book will be a valuable resource for all students and scholars of Islamic studies, as well as for anyone with an interest in early Islam.

Herbert Berg is Professor of Religion in the Department of Philosophy and Religion, and Director of International Studies, University of North Carolina Wilmington. He holds a Ph.D. in the Study of Religion from the University of Toronto. His research focuses on Islamic origins, the Nation of Islam, and method and theory in the study of early Islam.