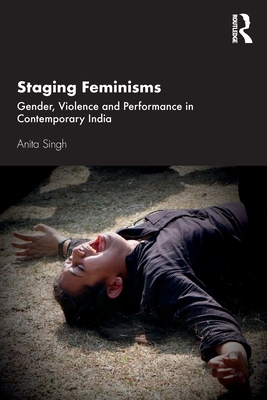 This book questions how feminist beliefs are enacted within an artistic context. It critically examines the intersection of violence, gender, performance and power through contemporary interventionist performances. The volume explores a host of key themes like feminism and folk epic, community theatre, performance as radical cultural intervention, volatile bodies and celebratory protests. Through analysing performances of theatre stalwarts like Usha Ganguly, Maya Krishna Rao, Sanjoy Ganguly, Shilpi Marwaha and Teejan Bai, the volume discusses the complexities and contradictions of a feminist reading of contemporary performances.

A major intervention in the field of feminism and performance, this book will be useful for scholars and researchers of gender studies, performance studies, theatre studies, women's studies, cultural studies, sociology of gender and literature.

Anita Singh is Professor in the Department of English at Banaras Hindu University, Varanasi, India. She received a Fulbright-Nehru Visiting Scholar Fellowship for the year 2013-2014 at the University of Virginia, USA. She was a fellow at the Indian Institute of Advanced Study at Shimla, India (2018-2020). Her recent publications include the two edited volumes Gender, Space, and Resistance: Women and Theatre in India (2013) and Hero and Hero Worship: Fandom in Modern India (2020). She has completed a major research project, sanctioned by the Indian Council of Social Science Research, on "Staging Gender: Performing Women in Ramlila of Ramnagar". Dr Singh has published interviews with Indian women performers in the Asian Theatre Journal, contributed four chapters in the Routledge Handbook of Asian Theatre, ed. Siyuan Liu (2016) and was the guest editor for the special issue of the journal Gender Issues (Springer, 2018). She has also served as the conference chair for the Future of Women conference held in Malaysia (2018), Colombo, Sri Lanka (2019) and Bangalore (2020) and is the President of the Asian-African Association for Women, Gender and Sexuality (AAAWGS).