Accountable: The True Story of a Racist Social Media Account and the Teenagers Whose Lives It Changed (Hardcover) 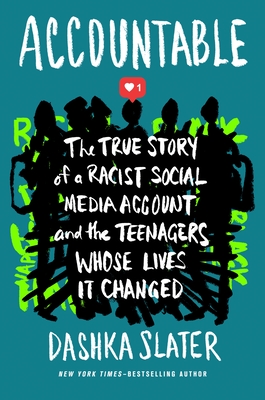 Accountable: The True Story of a Racist Social Media Account and the Teenagers Whose Lives It Changed (Hardcover)

From the New York Times-bestselling author of The 57 Bus comes a propulsive and thought-provoking new young adult narrative nonfiction book about the revelation of a racist social media account that changes everything for a group of high school students and begs the question: What does it mean to be held accountable for harm that takes place behind a screen?

When a high school student started a private Instagram account that used racist and sexist memes to make his friends laugh, he thought of it as “edgy” humor. Over time, the edge got sharper. Then a few other kids found out about the account. Pretty soon, everyone knew.

Ultimately no one in the small town of Albany, California, was safe from the repercussions of the account’s discovery. Not the girls targeted by the posts. Not the boy who created the account. Not the group of kids who followed it. Not the adults—educators and parents—whose attempts to fix things too often made them worse.

Award-winning and New York Times–bestselling author Dashka Slater has written a must-read book for our era that explores the real-world consequences of online choices.

Dashka Slater is the New York Times-bestselling author of The 57 Bus, which won the Stonewall Book Award and was a YALSA nonfiction finalist. Her fiction includes The Book of Fatal Errors, the picture book Escargot, which won the Wanda Gag Book Award; Baby Shoes; The Antlered Ship, which was a Junior Library Guild Selection and received four starred reviews; and Dangerously Ever After. She is also an award-winning journalist whose articles have appeared in Newsweek, Salon, The New York Times Magazine, and Mother Jones. She lives in California.