Gloria Buenrostro Is Not My Girlfriend (Hardcover) 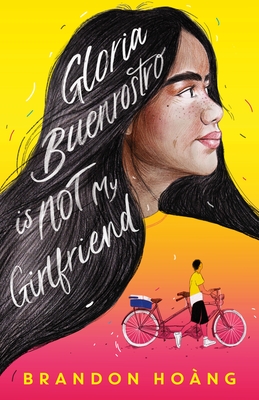 Gloria Buenrostro Is Not My Girlfriend (Hardcover)

Gary Võ is one of the few Vietnamese kids in his school and has been shy for as long as he can remember—being ignored and excluded by his classmates comes with the territory. So when the most popular guy in his grade offers Gary the opportunity to break into his inner circle, Gary jumps at the chance. All he needs to do is steal the prized possession of the most beautiful and untouchable girl they know—Gloria Buenrostro.

But as Gary gets to know Gloria, he’s taken in by her authenticity and genuine interest in who he really is. Soon, they’re best friends. Being part of the “in crowd” has always been Gary’s dream, but as he comes closer to achieving infamy, he risks losing the first person who recognizes his true self. Gary must consider if any amount of popularity is worth losing a true friend.

Brandon Hoàng is the author of the YA debut, Gloria Buenrostro Is Not My Girlfriend. Born and raised in the Pacific Northwest, Brandon grew up coveting The Baby-Sitters Club books and slurping noodles. Before he was a writer, Brandon spent 10 years as an animation executive. Now a television writer by day and novelist by night, he currently resides in Los Angeles with his wife and two daughters.