Saints of the Household (Hardcover) 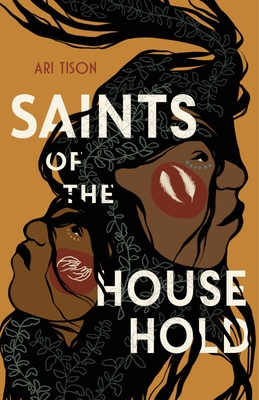 Saints of the Household (Hardcover)

Saints of the Household is a haunting contemporary YA about an act of violence in a small-town--beautifully told by a debut Indigenous Costa Rican-American writer--that will take your breath away.

Max and Jay have always depended on one another for their survival. Growing up with a physically abusive father, the two Bribri American brothers have learned that the only way to protect themselves and their mother is to stick to a schedule and keep their heads down.

But when they hear a classmate in trouble in the woods, instinct takes over and they intervene, breaking up a fight and beating their high school's star soccer player to a pulp. This act of violence threatens the brothers' dreams for the future and their beliefs about who they are. As the true details of that fateful afternoon unfold over the course of the novel, Max and Jay grapple with the weight of their actions, their shifting relationship as brothers, and the realization that they may be more like their father than they thought. They'll have to reach back to their Bribri roots to find their way forward.

Ari Tison is a Bribri (Indigenous Costa Rican) American and African descended poet and storyteller. Her poems and short works have been published in Yellow Medicine Review, The Under Review, Rock & Sling, and POETRY's first ever edition for children. She was the winner of the 2018 Vaunda Micheaux Nelson award for a BIPOC writer with Lerner Publishing. She currently is the annual broadside editor for Minnesota Prison Writing Workshop where she gets to collaborate with the Minnesota Center for the Book Arts to bring incarcerated voices into the world. Saints of the Household is her debut novel.