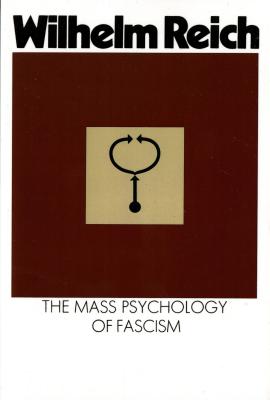 In this classic study, Reich provides insight into the phenomenon of fascism, which continues to ravage the international community in ways great and small.

Drawing on his medical expereinces with men and women of various classes, races, nations, and religious beliefs, Reich refutes the still generally held notion that fascism is a specific characteristic of certain nationalities or a political party ideology that is imposed on innocent people by means of force or political manneuvers. "Fascism on only the organized political expression of the structure of the average man's character. It is the basic emotional civilization and its mechanistic-mystical conception of life."—Wilhelm Reich

Responsibility for the elimination of fascism thus results with the masses of average people who might otherwise support and champion it.

Wilhelm Reich, a native of Austria, was born in 1897. His many works include Listen, Little Man!, Character Analysis, and The Mass Psychology of Fascism. He died in 1957.

Vincent R. Carfagno translated Wilhelm Reich's The Function of the Orgasm for Farrar, Straus and Giroux.