Axel's Castle: A Study of the Imaginative Literature of 1870-1930 (FSG Classics) (Paperback) 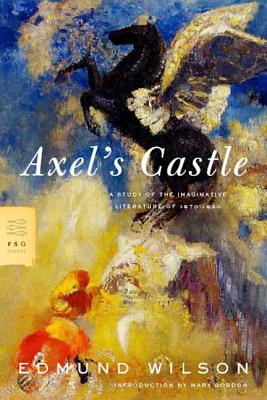 Axel's Castle: A Study of the Imaginative Literature of 1870-1930 (FSG Classics) (Paperback)

As Alfred Kazin later wrote, "Wilson was an original, an extraordinary literary artist . . . He could turn any literary subject back into the personal drama it had been for the writer."

Edmund Wilson (1895-1972) was a novelist, memoirist, playwright, journalist, poet, and editor but it is as a literary critic that he is most highly regarded. His more than twenty books include Axel’s Castle, Patriotic Gore, To the Finland Station, and Memoirs of Hecate County.

Mary Gordon is the author of the novel Spending.