The Origin of Species (Paperback) 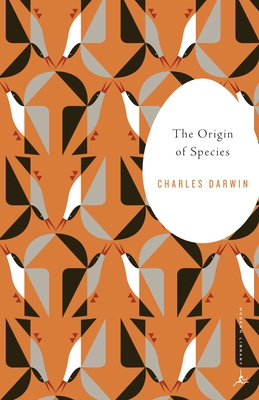 The Origin of Species (Paperback)


In Stock—Click for Locations
Introduction by Edward J. Larson

﻿Perhaps the most readable and accessible of the great works of scientific inquiry, The Origin of Species sold out its first printing on the very day it was published in 1859. Theologians quickly labeled Charles Darwin the most dangerous man in England and, as the Saturday Review noted, the uproar over the book quickly “passed beyond the bounds of the study and lecture-room into the drawing-room and the public street.” Based largely on Darwin’s experience as a naturalist while on a five-year voyage aboard H. M. S. Beagle, The Origin of Species set forth a theory of evolution and natural selection that challenged contemporary beliefs about divine providence and the immutability of species. This Modern Library edition includes a Foreword by the Pulitzer Prize–winning science historian Edward J. Larson, an introductory historical sketch, and a glossary Darwin later added to the original text.

Edward J. Larson is Russell Professor of History and Talmadge Professor of Law at the University of Georgia. He is the recipient of multiple awards for teaching and writing, including the 1998 Pulitzer Prize in History for his book Summer for the Gods: The Scopes Trial and America’s Continuing Debate Over Science and Religion.