The Crisis Reader: Stories, Poetry, and Essays from the N.A.A.C.P.'s Crisis Magazine (Paperback) 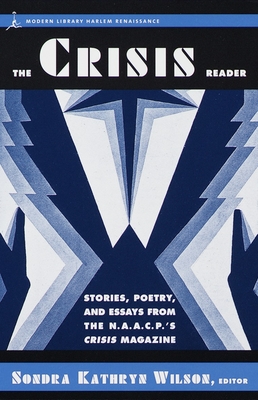 The Crisis Reader: Stories, Poetry, and Essays from the N.A.A.C.P.'s Crisis Magazine (Paperback)


Not On Our Shelves—Ships in 1-5 Days
After its start in 1910, The Crisis: A Record of the Darker Races magazine became the major outlet for works by African American writers and intellectuals. In 1920, Langston Hughes's poem "The Negro Speaks of Rivers" was published in The Crisis and W. E. B. Du Bois, the magazine's editor, wrote about the coming "renaissance of American Negro literature," beginning what is now known as the Harlem Renaissance.

The Crisis Reader is a collection of poems, short stories, plays, and essays from this great literary period and includes, in addition to four previously unpublished poems by James Weldon Johnson, work by Countee Cullen, Langston Hughes, Jessie Fauset, Charles Chesnutt, W. E. B. Du Bois, and Alain Locke.
Sondra Kathryn Wilson is a senior researcher at Harvard's W. E. B. Du Bois Institute, and editor of several volumes of the work of James Weldon Johnson. She lives in New York City.
"The world does not know that a people is great until that people produces great
literature and art."    --James Weldon Johnson

"Until The Crisis Reader, no broad collection of writings from one of America's most influential journals of opinion existed. Sondra Kathryn Wilson has remedied this amazing lacuna with her excellent edition. It will be an indispensable source from the moment of issue."
--David Levering Lewis, author of the Pulitzer Prize-winning biography W. E. B. Du Bois

"The Crisis Reader offers riches from the heyday of black America' s most significant journal. Here are all the now famous names and their now famous poems and articles, and others undeservedly unknown today. Any serious student of black literature and politics will want this volume, as will those many others who long for a look at yesterday, when black bards sang."    --Julian Bond, chairman of the board, N.A.A.C.P.