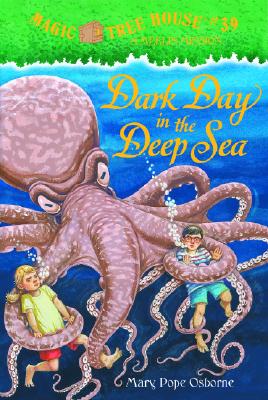 This is book number 39 in the Magic Tree House series.

Jack and Annie continue their quest for the secrets of happiness secrets they need if they re going to save Merlin. But when the magic tree house leads them to a tiny deserted island in the middle of the ocean, they re not sure who needs help more Merlin or themselves The brother and sister team are soon rescued by a ship of explorers and scientists. But the crew isn t looking for the secrets of happiness. The crew is looking for . . . a sea monster
MARY POPE OSBORNE is the author of the "New York Times" number one bestselling Magic Tree House series. She and her husband, writer Will Osborne (author of "Magic Tree House: The Musical"), live in northwestern Connecticut with their three dogs. Ms. Osborne is also the coauthor of the companion Magic Tree House Fact Trackers series with Will, and with her sister, Natalie Pope Boyce.

SAL MURDOCCA has illustrated more than 200 children's trade and text books. He is also a librettist for children's opera, a video artist, an avid runner, hiker, and bicyclist, and a teacher of children's illustration at the Parsons School of Design. Sal lives and works in New York with his wife, Nancy.