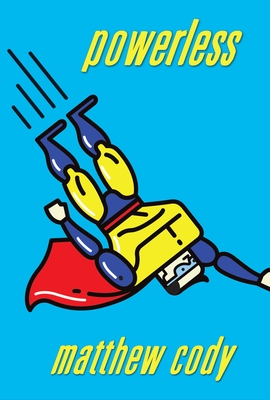 
In Stock—Click for Locations
Superheroes soar in this promising debut—and they’re kids!

Twelve-year-old Daniel, the new kid in town, soon learns the truth about his nice—but odd—new friends: one can fly, another can turn invisible, yet another controls electricity. Incredible. The superkids use their powers to secretly do good in the town, but they’re haunted by the fact that the moment they turn thirteen, their abilities will disappear—along with any memory that they ever had them. Is a memory-stealing supervillain sapping their powers?

Superhero kids meet comic book mystery in this action-filled debut about the true meaning of a hero.
Matthew Cody divides his time between writing and teaching college English. He lives with his wife and young son in New York City, where he is at work on his next novel for Knopf.