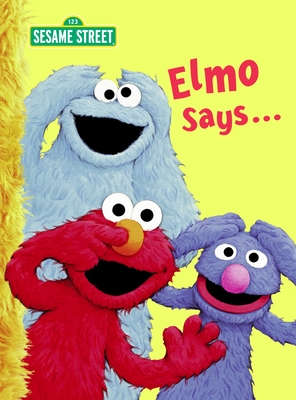 
Not On Our Shelves—Ships in 1-5 Days
Elmo and his friends play a variation of everyone’ s favorite game, “Simon Says.”

“Elmo Says,” is just like the original, except that here, our favorite furry little red monster leads the action. Toddlers and adults can read and join in the play—they just have to be careful to listen for those magic words: Elmo says!
Sarah Albee writes children's books for many age groups and under a number of pseudonyms. She has had three of her books appear on the New York Times Bestseller list. Before she began her career as a children's book writer and editor, Sarah was a newspaper cartoonist and a semiprofessional basketball player. These days she lives in Connecticut with her husband and three children.

Tom Leigh is a longtime author and illustrator of Muppets and Sesame Street books. He lives with his wife on Little Deer Isle off the coast of Maine.